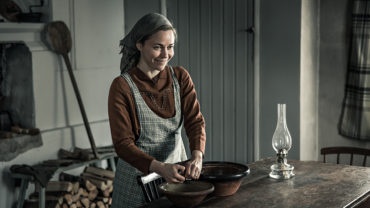 UNKNOWN SOLDIER, the biggest Finnish production of all time, drew 170,213 viewers to the preview screenings and the premiere weekend. It's the biggest domestic opening weekend of all time for a Finnish film.

Unknown Soldier, which premiered on Friday, drew 170,213 admissions by Sunday evening. This is the biggest opening for a Finnish film of all time and the third highest of any film released in Finland after STAR WARS: THE FORCE AWAKENS and SPECTRE*.

The film was screened at 140 locations, on 200 screens throughout the country.

We’re extremely proud that a Finnish film can compete at the box office with the biggest film productions in the world.

I’m happy that so many people wanted to see Unknown Soldier. Our film has clearly reached different generations, and it’s being widely discussed in the media, social media and elsewhere. On behalf of the crew, cast and everyone else involved in the making of the film, I’m thankful that people have embraced this film.

We’re very pleased with the opening weekend numbers. We have received messages from cinemas all over the country; the film has been met with huge applause. This is indeed a great start.

The film has received exceptionally strong reviews throughout the country, and it’s become a national topic of conversation. Aku Louhimies’s Unknown Soldier can be seen in cinemas throughout Finland. The international release plan will be announced later.