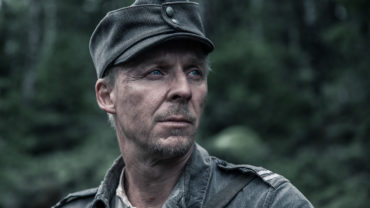 The music composed by the film composer Lasse Enersen and recorded with the Lahti Symphony Orchestra is heard in the trailer for the film which premieres on October 27, 2017.

A new trailer for UNKNOWN SOLDIER by Aku Louhimies has just been released. The music heard in the trailer was composed by Lasse Enersen, who also composed the music for the entire film. The music was recorded in Lahti, Finland. The Lahti Symphony Orchestra was conducted by the Principal Conductor and the Artistic Director of the Sibelius Festival, Dima Slobodeniuk.

– The vision Aku Louhimies had for UNKNOWN SOLDIER resonated strongly with me and provided inspiration for the music heard in the film. Cooperating with Aku has been absolutely fantastic. He has a very intuitive understanding of film music and gives the composer a lot of ideas and the permission to experiment and create something totally new, says the composer Enersen.

– For the music in UNKNOWN SOLDIER, I was influenced by ancient Finnish folk music, Sibelius, and nature, and I was able to use the most recent production technologies available today. I hope that the film will especially reach the younger audience.

UNKNOWN SOLDIER premieres in theaters throughout the country on October 27, 2017.