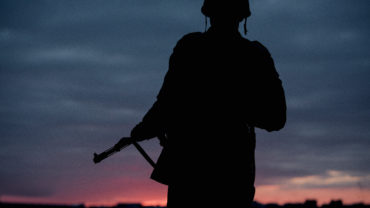 The poster and photos for UNKNOWN SOLDIER

The poster for the film was designed by Hermanni Suppanen / Brosmark Creative Büro, based on a photo by Tommi Hynynen.

Eero Aho: “To me, Rokka is an important and treasured role”

The poster for the Aku Louhimies film UNKNOWN SOLDIER was released today, along with new press photographs. The poster file and the photos can be downloaded to be used freely for publishing from the press materials for the film using the link under the Additional Information section of this release.

The poster for the film was designed by Hermanni Suppanen / Brosmark Creative Büro, based on a photo by Tommi Hynynen.

The premise of the poster is a single moment from the film. Määttä (Max Ovaska) is carrying a machine gun mount. The load is heavy, his head dropped. The rays of the rising sun filter through the forest to light the dawning of a new day. The poster encapsulates the essence of Louhimies’ work: the film presents the reality of war and the hope glimmering in the horizon.

The screenplay for the film (by Louhimies and Jari Olavi Rantala) is based on not only Väinö Linna’s  Unknown Soldier but also Linna’s Sotaromaani, the original, uncensored version of the classic novel. The film depicts the story of Rokka, Kariluoto, and Koskela and their brothers-in-arms, all familiar from the book, during the Finnish Continuation War.

The film, which remains faithful to the spirit of Linna’s text, is the story of camaraderie, humor, and the will to live uniting a half-platoon of men on their journey to there and back. The war changes the lives of everyone, both at the front and at home, while also leaving its mark on the whole nation.

– To me, Rokka is an important and treasured role. It dives into the mind of a Finnish man who has lived through a war, into a large part of the Finnish history. Rokka is a skilled soldier with nerves of steel who, at the same time, misses his family and is dedicated to the people closest to him, Aho says of his role in UNKNOWN SOLDIER.

– It has been a wonderful experience to be involved in the making of a new cinematic interpretation of a story that is so important to the Finnish people. 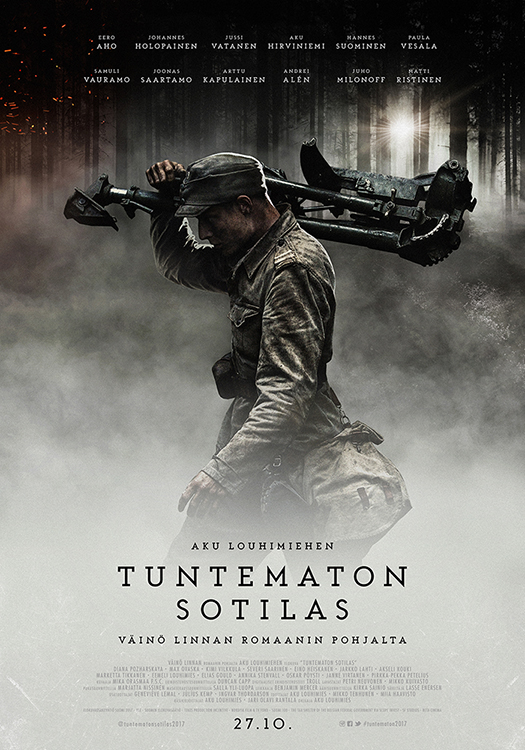 PUBLIC RELATIONS
Enquiries regarding the film, requests for interviews, and coordination of material